10 Hottest Peppers in the World

If you like to turn up the heat with your meals by adding the spiciest of peppers that you can find, then this is just the post for someone of your daring appetite. Ready for some more excitement in your life? Then consider adding a hot pepper or two!

Who Holds the World Record?

These days, it’s a big deal in having to create the hottest chili pepper in the world and many growers are continuously working to create the next world record holder even as of this writing. Do you want to try one?

There was once a time when the “Mighty Habanero” was considered one of the hottest peppers in the world. Now, it hardly holds a candle to some of the super hybrids that we’re have listed in this article. The official measuring unit of spiciness is the Scoville Heat Unit (SHU) capsaicin concentration scale. Now instead of hundreds or thousands on the SHU scale, the chilies of today are clocking it in the millions.

Are there any Downsides?

The only downside to this for some is the intolerable burning sensation and seating pain and agony that your mouth has to endure. For persistent food lovers, however, especially those who love hot sauce, it is merely another entry into their culinary adventure scrapbook. One thing to add before we get started is that you won’t find any bell peppers or jalapenos on this list, so sorry for those who are fans of these in advance.

What are the Hottest Peppers in the World?

For now, these are the hottest in the world:

What’s officially the hottest pepper in the world? Well, this one, the Carolina Reaper is usually cited by most people. Coming in at over 2 million Scoville Heat Units, this one certainly packs a punch.

Starting this list of the hottest peppers you can find is the grand poobah of all chili peppers which is none other than Smokin’ Ed’s Carolina Reaper. Originally named the “HP22BNH7” and holding the Guinness World Record since August 2013, this pepper is bred by cultivator Ed Currie, who runs the PuckerButt Pepper Company in Fort Mill, South Carolina.

Looking for super hot? This record holder should be at the top of your list!

Back in February 2012, the New Mexico State University’s Chili Pepper Institute recognized the Trinidad Moruga Scorpion as the hottest chili pepper in the world at the time. Just because it’s only the second hottest hottest pepper in the world, don’t take it for granted. One bite of this little monster and the heat never stops.

Also known as the 7 Pod Douglah or Chocolate 7 Pod, this bad boy is both rare and the hottest pepper in the world that isn’t red. It is said that one pod can spice up to seven pots of stew, which now you know how it got its name. It’s characterized by a dark brown or deep purple skin with numerous ‘pimples’ on its surface. It starts out green and then matures to the dark color that’s unique to Douglah.

What are the Hottest Peppers in the World?

The 7 Pot Primo gets its name from Troy Primeaux (nicknamed Primo), a horticulturist from Louisiana. At around 2005 he began crossing the Trinidad 7 Pot and Naga Morich and has since then, grown them out for eight generations. The pepper can get very lumpy and distorted and can also grow a little tail. As with other 7 Pots, it has a fruity to floral flavor and of course, is extremely hot. This pepper has also been orange and yellow varieties.

This thing is super hot so be careful!

Previous holder of the Guinness World Record for hottest pepper in the world, the Trinidad Scorpion Butch T was propagated by Butch Taylor of Zydeco Hot Sauce and grown by the Chilli Factory. It’s also aptly named due to the tip of the  hot pepper resembling a scorpion’s stinger. What are the Hottest Peppers?

Now that you’ve seen the top 5, let’s get to the rest of our list.

The Komodo Dragon is the latest variation on the 7 Pot pepper. It’s grown by the largest chili producer in the UK, Salvatore Genovese who in 2012, also gave us the Bedfordshire Super Naga.

Salvatore pens owns a seven-acre farm in Blunham, Bedfordshire where he, even as of today, spends his day trying to create even hotter varieties.

The Naga Viper is both extremely rare and incredibly spicy. It was created by an English chili farmer by the name of Gerald Fowler who owns the Chili Pepper Company based in Cark, Cumbria. It briefly held the Guinness World Record for “World’s Hottest Chili” in 2011. It’s also an unstable three-way hybrid that was produced from the Naga Morich, the Bhut Jolokia and the Trinidad Scorpion.

This chili pepper has some serious kick so handle with care.

If the name didn’t already give it away, this hot pepper is a real brain strainer. The 7 Pot Brain Strain was developed using selective breeding by saving pods from plants that would produce certain desired traits.

In 2010, David Cappiello, who is a well-known chili grower and spicy hobbyist from North Carolina, acquired 7 Pot seeds from another grower in Trinidad. This pepper is said to be closely related to the Trinidad Moruga Scorpion.

This is another 7 Pot variety that comes from the region of Barrackpore from the Caribbean island of Trinidad.

It has a lengthy pod structure that is sometimes similar to the Bhut Jolokia. The Pot Barrakpore bears somewhat larger and more wrinkled pods as compared to the regular 7 Pot. It also has a nice fruity flavor like the other 7 Pots and is a heavy producer.

Last but not least on our list of the hottest peppers is the 7 Pot Jonah, coming in at just over a million Scoville Heat Units.

The 7 Pot Jonah is a large plant that’s capable of producing larger and rounder Trinidad 7 Pot strain pods. It boasts a fruitier flavor than the regular 7 Pot and for that matter, a spicier taste.

The 7 Pot Jonah can grow to become larger than a golf ball and can weigh in about half an ounce. The pepper can mature from light green to red. And, it’s sure spicy!

And that concludes our list of the Top 10 Hottest Peppers in the World, ranked by Scoville Heat Units SHU.

Honorable Mention for the World’s Hottest Pepper: The Ghost Pepper If you talk about hot peppers, you’ll often hear the ghost pepper mentioned. It is in fact very hot, coming in at between 855,00 and just over 1 million SCU. The median for the ghost pepper is around 950,000 Scoville Heat Units. Originating in India, it’s a sweet, kind of Earth fruit but of course, it’s the seeds that really pack a serious punch!

Although the ghost pepper is slightly less hot than the top 10 in the world, it’s still a serious spice challenge so proceed with the same amount of caution please as you would with any hot pepper.

Remember that roughly anything over 500,00o SCUs is considered to be insanely hot so of course, handle with care and be sure to not get any in your eyes for example. And, even just a tiny bit of this hot pepper will make your food extremely spicy so start small.

Both Dragon’s Breath and Pepper X claim to be hotter than the current champ Carolina Reaper. The Dragon’s Breath was tested to be about 2.48 million SHU and Pepper X was 3.18 million. However, as of this writing, there is no official test lab result or word from the Guinness Book of World Records to back up their claim.

Why Do Hot Peppers Feel So Hot?

First of all, before we get into solutions, let’s take a look at why hot peppers feel so hot in the first place. Basically, these peppers contain capsaicin which binds to the sensory receptors in your mouth. This causes your neurons to fire off painful warning signals because the temperature is so hot that it may cause tissue damage. It’s the same response as to a high temperature, even though the pepper may be perfectly cool.

In order to stop the burn from the hottest peppers in the world, you either have to remove the capsaicin from the binding site, or you may also be able to dilute the sensation. Let’s find out how.

Okay, so you’ve eaten, either intentionally or unintentionally one of these Top 10 Hottest Peppers and you feel like you want to die. You’re sweating, your eyes and lips or burning and you may even feel your throat closing up a little bit.

Besides going to the hospital and hoping they can help you, is there anything you can do at home? Let’s find out!

If you want to remove these burning compounds, try wiping them away with veggie oil or butter. Or, you might try using dishwashing soap on your lips or other parts of your skin such as your hands or face.

A quick tip is to swish around some vegetable oil in your mouth and then spit it out. Or, a tastier, oily option is to eat a spoonful of peanut butter.

Most people turn to high fat dairy products to stop the burn from the hottest peppers. Does it work? Sour cream, milk, or ice cream dissolves the capsaicin and should lessen the burn, so give them a try.

You may also want to try acidic foods which help to neutralize the alkalinity of the hottest peppers. Swish around some lemon, lime or tomato juice in your mouth and on your lips.

If you eat a bunch of starchy foods like bread or rice, it’ll help to dilute the burning and will hopefully calm down the fire that’s going on in inside your mouth. They don’t calm the burn, but will prevent it from getting worse over time.

What about Water? Will this Stop the Burn?

Forget about trying to use water to stop the burn from the top hottest peppers. This will just make things worse because you’ll spread around the Capsaicin in your mouth and lips. Have your Say about the Hottest Peppers in the World

Have you tried any of the hot peppers on this list? Or, are there any new hot peppers that we should be aware of that we didn’t include? Leave a comment below and tell us how it went, or let us know which peppers should be on this list. We’d love to hear from you.

p.s. Do you love spicy? Then you may want to try out some of these noodles: Best instant ramen. 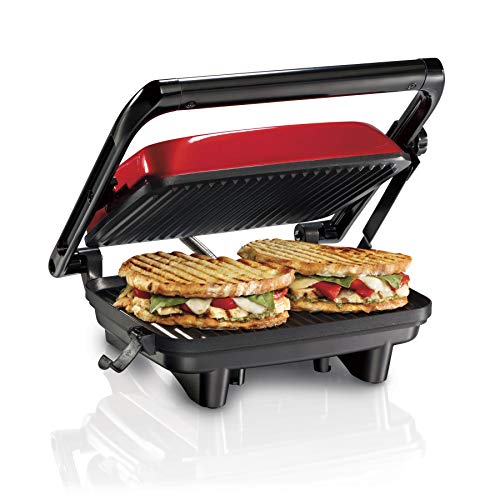 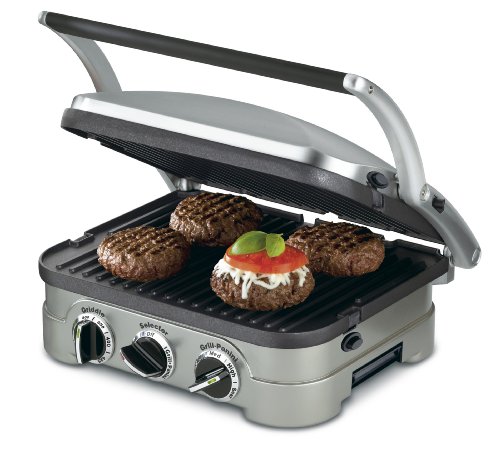 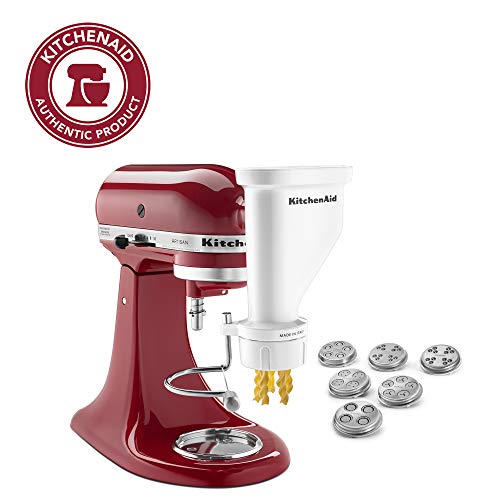 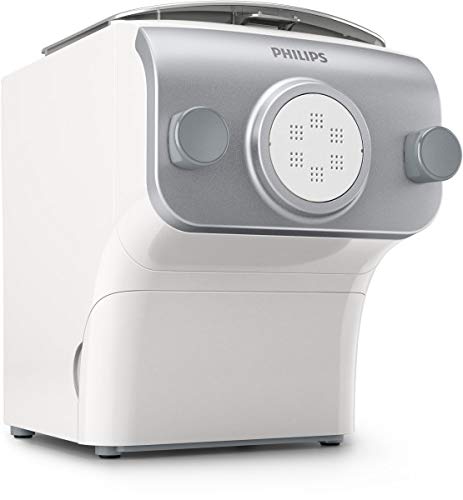 Kitchen Gadgets Review + Jackie Bolen are participants in the Amazon Services LLC Associates Program, an affiliate advertising program designed to provide a means for sites to earn advertising fees by advertising and linking to Amazon.com and other affiliated sites.